To boo or not to boo? 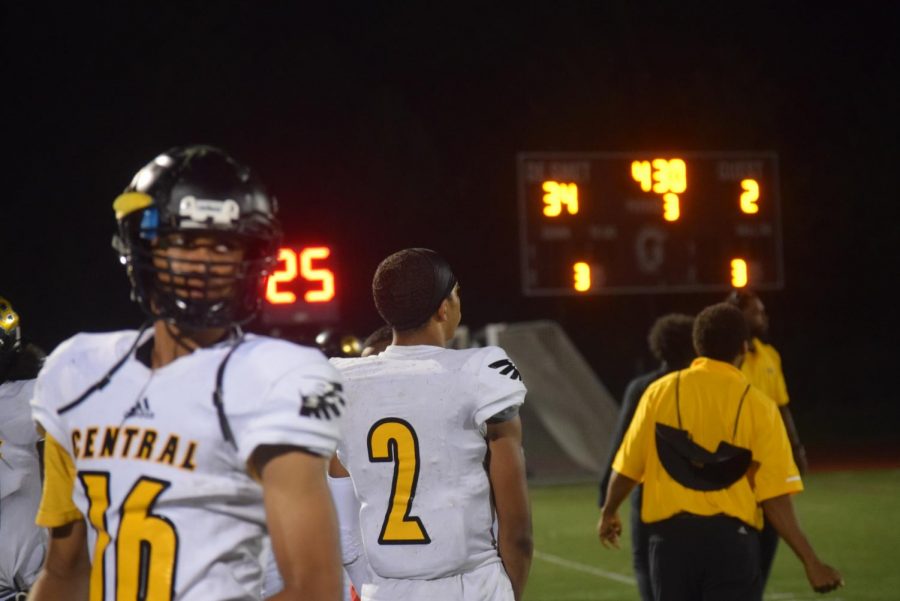 Senior quarterback Sean Stephens looks on during the third quarter of the game at DeSmet. Stephens has been booed before and didn't enjoy the experience. "My whole attitude had changed when I heard friends and family boo at me."

Everyone saw the Chicago bears great season come to an dramatic end. It was the final drive within a minute to go in the game between the Bears and the Eagles.

It all came down to Cody Parkey of the Bears to win the game.

The ball was snapped and set for Cody, as the ball was kicked everyone in the stadium was nervous. Once the ball hit the field goal, Bears fans were shocked while Eagle fans were happy.

As Cody left the field Bear fans were booing him the whole time until he got into the locker room.

People around the world were shocked when they saw Cody Parkey missed the game winning field goal attempt, and everyone started to question the Bears fans on their reaction to the missed field goal.

“Those fans had the right to boo Cody, they put their trust in him and he didn’t come through when they most needed it,” said Philadelphia Eagles fan and Central football Coach Kenny Boyer

However, some who have been on the receiving end of boos think hearing people boo towards you can change your whole demeanor.

“I was once booed at. My whole attitude had changed when I heard friends and family boo at me. I know how Cody feels because I was once in his shoes and I didnt like the feeling at all,” said Central quarterback senior Sean Stephens.

Being booed at on national television can embarrass that person to where they don’t wanna play the sport they love anymore.

“I’ve been booed one time playing football. I dropped the game winning touchdown and I was wide open. It made me feel like I let my team and supporters down,” said senior wide receiver Jordon Tate.

Even when your favorite team or player makes a bad or irresponsible decision do you still follow them the way you do or are your feelings going to change?

“I’ve never booed my favorite team or player, because I agree with every decision they make good or bad,” said football fan John White.

The bad thing that an organization did can still make you feel like they’ve done something wrong even after a long period of time.

“I booed my favorite team when the Oklahoma City Thunder released the best player on the team, which was Kevin Durant,” said basketball fan Marcel Harris.

“I forgave my favorite team when they released Alex Smith, but drafted a better quarterback in Patrick Mahomes,” said Central junior Devin Robinson.

The moment that someone forgives their favorite player or team, might make them regret having made the choice to boo.

“It takes a strong dislike for that team or player decision to truly be booed at at by one of their fans” said Central football team’s captain senior Keon Cross.

Everyone that plays a sport will eventually get booed at, but getting booed at could affect people differently. It might make you work harder or be a coward and stop what you love most.